Step into the Lost World of Steven Spielberg’s Jurassic Park fame in one of Universal Studios Singapore (USS) heavily themed zones. Experience the lush jungles where every step you take may just be your last. Nestled in the easternmost part of USS (and the Integrated Resort), in between Ancient Egypt and Dreamworks, this zone currently houses 5 attractions, 2 F&B outlets and 2 Retail shops.

So what can you expect when you walk among the lizards?

Well for starters, definitely visit the Jurassic Park Rapids Adventure. This attraction is a flume ride so you definitely need to be prepared to get yourselves wet! Based loosely on the blockbuster hit Jurassic Park and the sequels, this attraction have you revisit John Hammond’s (you still remember the grandfatherly old man?) Jurassic Park after it re-opened after days of torrential downpours. A routine Rapids Adventure through the safe regions of the park was disrupted due to flooding and the visitors (you included!) are thrust into an unplanned trip into unchartered territory. While there, come face to face with Velociraptors (raptors), Dilophosauruses (spitters) and the notorious Tyrannosaurus Rex (T-Rex) as you try to escape with your lives. Will you survive? Just wait and see. 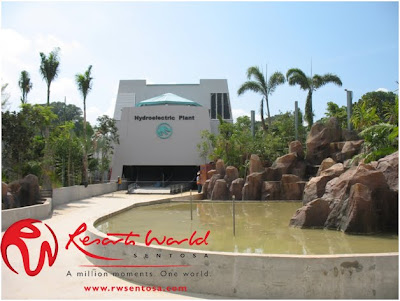 Jurassic Park Rapids Adventure – A section of the ride, water not filled yet!

Another major wow here is the WaterWorld (WW) attraction. Re-visit the oceans and human settlements set in the post-apocalyptic film world of the same name released back in 1995. Be awed by the spectacular and death-defying stunts as the Smokers (in WW speak, that’s the pirates and the bad guys) attacked the Atollers (the good guys) in an attempt to discover the secrets to Dryland (the Paradise). It culminates in a showdown between Deacon (of the Smokers) and Mariner (helping out the Atollers), both vying for Helen, the person with information to Dryland. There will be plenty of actions on jet-skis, lots of explosions and plenty of humour in the antics of the casts. Not to mention, a seaplane would also make an appearance. A fan classic from Universal Studios Hollywood and Japan, don’t miss this out. And for those sitting in the front rows, you will get wet.

Oh and did I mention this was a live show? 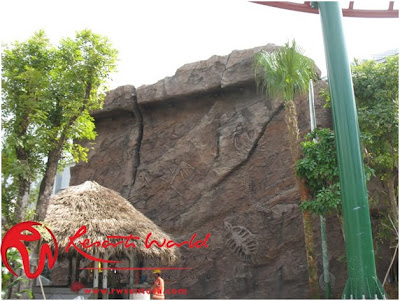 Rock climbing buffs will be interested in checking out the Amber Rock Climb, an actual rock climbing wall themed to the look of the Lost World. Climb the sheer rock face of the era filled with ambers and fossilized insects. And take in the breathtaking view at the top. Would there be some ‘treasure’ at the top? You’ll just have to find out. 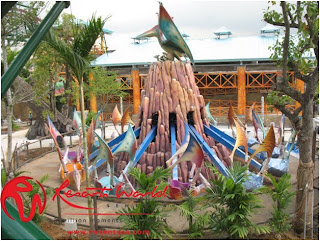 Parents with children would not want to miss out visiting the Dino Soarin’, a carousel ride where the young ones can ride Pteranodons as they soar up into the skies and dive towards the ground, metaphorically speaking of course. Of course don’t forget the view from up there. Unfortunately, only children are allowed. 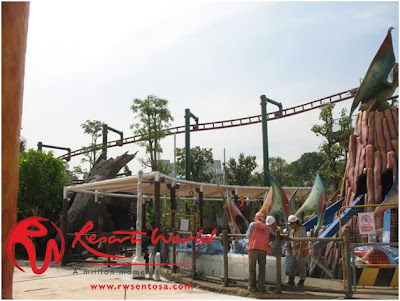 Canopy Flyer – part of the route, you can see the Dino Soarin’ in the foreground

If you are looking for a leisurely ride along the tree tops of the foliage, head over to the Canopy Flyer. Sit in a 4-person gondola under the wings of a Pteranodon as you glide across the Lost World zone. Take in the view of the other attractions and the central lagoon while you are up there. 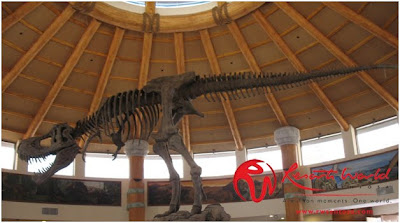 Don’t forget your souvenirs from the Jurassic Outfitters and the Dino-Store where you can obtain all sorts of paraphernalia. And if you are feeling hungry, just visit either of the two F&B outlets in this zone; a quick and fast meal over at Fossil Fuels or sit down in the Discovery Centre building and have a relaxing meal at the Discovery Food Court.

Once you are ready, it’s time to visit the other zones and attractions in the park! That, however, will have to wait until next time.