There’s something magical stirring in Universal Studios Singapore, in the land of Far Far Away. Inside a fantastical store called the Fairy Godmother Potion shop, Princess Fiona’s fairy godmother (if you remember her, she’s the rotund, bespectacled flying ‘witch’ in disguise who’s actually Charming’s mother) is bottling magical elixirs out of an enormous tank. 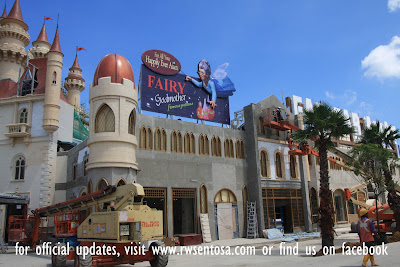 Step inside this store and you’ll find wooden beams, brick walls, huge doorways and Shrek characters welcoming you as you enter. The space is bound to draw you into the mystical world of Shrek, where fantastical characters come to life: donkeys shoot their mouths off and ogres are actually friendly. 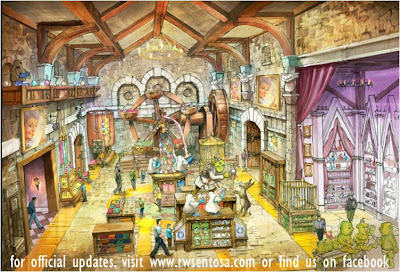 A rendering of the interior of the store

I was awestruck when I saw the store, which is complete and has been fitted out. There are three things you can do there: there’s a retail shop for you to bring home your memories of the park, a counter where ‘potions’ aka fresh juices would be sold and a ferris-wheel kiddies can ride while their parents shop or get a breather. How awesome is that?

At the Fairy Godmother Potion Shop, you’ll find all things Shrek! Personally, I’m in love with Gingy, the gingerbread man but I absolutely love the huge variety of Shrek plush toys, character caps, photo frames and lots, lots more! (Note to fellow fans of Gingy, you HAVE TO look out for the stuffed confectionery character on the shelves, it’s simply a sweetheart! Get the pun?)

At the drinks stand (called Fairy Godmother’s Potion Factory) where fresh juices are served, the best thirst quenchers for anyone are served. Rejuvenating and healthy, the little ones would love it too. The most wondrous thing is that you can ‘brew’ any concoction you desire, and this is limited only by your imagination. 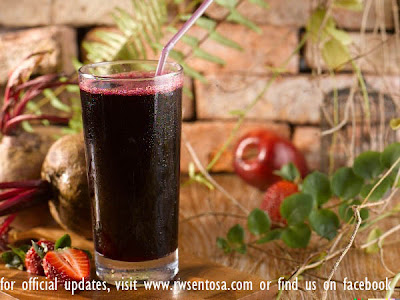 A youth ‘elixir’ made of beetroot, strawberry and apple juice — let your imagination run wild as you come up with your own potions!

Last but not least, the Magic Potion Spin ride would delight the tykes who’re ever eager to hop on another attraction. Offering the rider a bird’s eye view of the hustle and bustle in the shop, the ferris wheel will allow its passengers a chance to catch the fun and whimsical atmosphere.

Honestly, words and pictures can’t capture the magic you will experience as you will be transported into another world when you set foot into the store. So I shan’t deliberate because I know you’ll come. You know you want to!