Today, we unveiled our list of celebrity chefs at a press conference in Palio, Hotel Michael, Resorts World Sentosa. 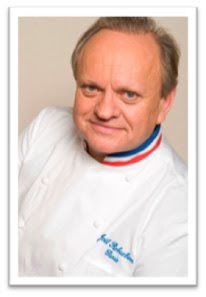 The first and only chef to be titled ‘Chef of the Century’ by the Gault Millau guide in 1990, Joël Robuchon is legendary in the culinary world. He currently lays claim to 20 dining establishments in Hong Kong, Las Vegas, London, Macao, Monaco, Nagoya, New York, Paris, Taipei and Tokyo. In a time when nouvelle cuisine took centrestage in the 1980s, Chef Robuchon revolutionised the global culinary scene with his almost bourgeois French haute cuisine where he pursued absolute perfection and focused on using only the best cooking equipment to flesh out the original flavours of the freshest, highest quality produce.
Chef Robuchon was first recognised for his culinary brilliance at age 28 when he gained the prestigious Meilleur Ouvrier de France (Outstanding French Craftsman) award  and like they say, the rest is history. He was inundated with international tributes ever since, including being the youngest chef ever to own a three-Michelin-starred restaurant, Jamin, in 1984; Bon Appetit magazinenaming him ‘Chef of the Year’ (2006); permanently sitting on the panel of Académie Culinaire de France and receiving The Lifetime Achievement Award at The S.Pellegrino World’s 50 Best Restaurants.
Three of Chef Robuchon’s restaurants are ranked in the first 20 listing of the Miele Guide 2009 with first place being awarded to the L’Atelier de Joël Robuchon in Hong Kong. He also chairs the committee of the current edition of Le Grand Larousse Gastronomique(the French authoritative encyclopedia of gastronomy) and the list runs on. He started his own daily cooking show, called Bon Appétit, Bien Sûr with producer Guy Job in 1996. With 25 stars with the Guides Michelin 2009, Joël Robuchon is the most Michelin-decorated chef in the world.
Scott Webster
Chef/Co-Owner of Carrington Place
New South Wales, Australia 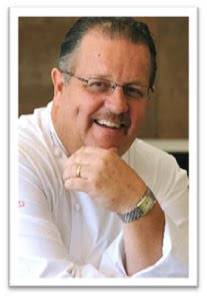 “To open an outlet of my successful Osia dining brand in Singapore is both exciting and challenging. It will serve sophisticated, modern Australian cuisine— composed of healthy, light seasonal dishes featuring the freshest ingredients from Australia as well as the Pacific Rim and Asia Pacific regions.
As one of the world’s most discerning culinary markets, Singapore will allow me to challenge myself and my staff to continually move forward and create new and exciting dishes for my customers. Food and wine should be a journey of discovery; service should be professional and relaxed. So all my customers should just sit back and enjoy the ride.”

Scott Webster will be opening the re-birth of his famous London restaurant Osia in the first quarter of 2010 in Resorts World Sentosa’s all-suite hotel, Crockfords Tower.

Epitomising the face of eclectic Australian cuisine is celebrity chef and successful entrepreneur, Scott Webster. He is the main powerhouse behind Australian Culinary Consultants (ACC), which has planned and developed dining concepts for some of the world’s major hospitality projects including Hyde Park Corner in London for the InterContinental group and the Westin Hotel in Sydney on the former GPO site. Through hotel and airline food promotions, assisted menu planning, trade exhibitions, seminars and lectures abroad as well as through educational tours throughout Australia for executive chefs and importers, ACC has assisted in placing Australia at the forefront of many a chef’s preferred supplier list.

Chef Webster’s latest accomplishment was opening the highly-anticipated Carrington Place in New South Wales, Australia, in April 2009 with his wife, Jennifer. A beautifully restored and modern guesthouse, the dining room serves contemporary cuisine using superb primary products with indigenous flavours from Australia and wines from the renowned Hunter Valley region. As a chef, he had the privilege of working at the legendary Savoy Hotel in London, UK, and in Leysin, Switzerland at the Grand Hotel on top of his impressive career track throughout Europe, the USA, Canada and Asia. In 1998, he was the coordinating chef for the athletes’ village at the Winter Olympic Games in Alberta, Canada. Together with Jennifer, the couple launched ‘The Young Outback Chef Scholarship’ in 2006, creating career opportunities for promising young chefs from around regional Australia bi-annually. Also known as the founder behind ‘The Masters of Australian Food and Wine’, a leading bi-annual gastronomic event held at Crown Casino Melbourne, Chef Webster is continually changing the landscape of the Australian culinary scene. 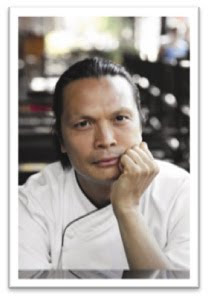 Susur Lee has teamed up with the Tung Lok Group to open Chinois by Susur Lee in Resorts World’s Hotel Michael in early 2010.
“Asia is home for me and will always be close to my heart.  I have always respected Andrew Tjioe, as a successful restaurateur, and Tung Lok Group. I have been traveling and working with Andrew for 12 years and he continues to possess the same strong passion for food that we shared when we first met. Hence, a partnership with Andrew and the Group is a natural progression. As a destination, Resorts World Sentosa has much to offer in terms of dining, entertainment, gaming and the entire leisure and resort experience.  It is the next big thing to happen in Singapore and I am proud to be part of it.”
Heralded as one of the ‘Ten Chefs of the Millennium’ by Food & Wine magazine in 1999, Susur Lee is regarded by food critics and gourmands around the world as ‘a culinary genius’, quoting the famous Zagat guide. Rising to fame with his bold interpretation of juxtaposing classical Chinese cooking with the classic techniques of French cuisine which is dubbed nouvelle chinoise, Chef Lee owns and manages Lee (opened in 2004); Madeline’s (opened in 2008) also in Toronto, Canada; Shang (opened in 2008)  in New York; and Zentan (opened in 2009) in Washington, USA. He made waves as the Executive Culinary Consultant for the Tung Lok group in Singapore during the late nineties and in particular, expanded the culinary repertoire of Club Chinois to one of world-class standards.
Other than being feted by the Gault Millau guide, Art Culinare,Gourmet, and the list runs on, Chef Lee’s widely acclaimed Madeline’s (previously known as Susur) was named one of the World’s 50 Best Restaurants by Restaurant magazine in 1998. In addition, Chef Lee was also awarded a host of accolades, including the ‘At-Sunrice GlobalChef© Award 2006’; ‘American Academy of Hospitality Services, Five-Star Diamond Award’ in 1998 where he was selected as one of the World’s Best Chefs; the ‘James Beard Foundation Award’ in 1997; and the ‘CAA Diamond Awards/Four Diamond Award’ for seven consecutive years from 2002 to 2008.