Leaping across the baptismal fire, 2010 went out with a bang with Osia being awarded the title of Best New Restaurant by CNNGo’s Best Eats 2010! Barely a year into its opening, chef Webster together with local chef de cuisine Douglas Tay have won the hearts of many who would attest to Osia’s unique fare (showcasing fresh Australian ingredients like barramundi and lemon myrtle) and service with a smile. Instead of blowing our own trumpet, I got Mr. Eric Teo, President of Singapore Chefs Association and Panel Judge for CNNGo’s Best Eats 2010 to share why he feels Osia deserves the award.

“OSIA is my choice as Best New Restaurant because the quality of food is excellent and has been extremely consistent since its opening. Australian celebrity chef Scott Webster runs a tight ship and together with Chef de Cuisine Douglas Tay’s impressive culinary creativity, OSIA’s menu is truly value for money. Congratulations to the OSIA team for winning this award!”

I also managed to steal some of chef Webster’s precious time for a short e-mail interview.

Tania H: Given that Osia has opened for barely 8 months, it has already garnered such commendable accolades. How do you feel about this?

SW: Naturally I am extremely excited, with so many high profile openings in 2010 and then to be voted the best of all the new openings. It is great but more importantly I am excited all the hard work of the team at Osia led by Chef Douglas Tay (a Singaporean) and Restaurant Manager Kori Millar is being recognised by the public and restaurant reviewers.

TH: What do you think is the winning recipe for Osia?

SW: Restaurants in this day and age are not just about food. The package is important, ambience; service and food are a hand-and-glove fit. Resorts World Sentosa has given me and my team the perfect combination of all three.

TH: What do you have to say to critics who’ve given their nod of approval to Osia and those who say otherwise?

SW: Firstly, thank you! Secondly, we do not take awards as the signal for resting and sitting back. We will not get everything right, every day, but it is important that we look on our mistakes, hope they are only minor and continue to work towards perfection. 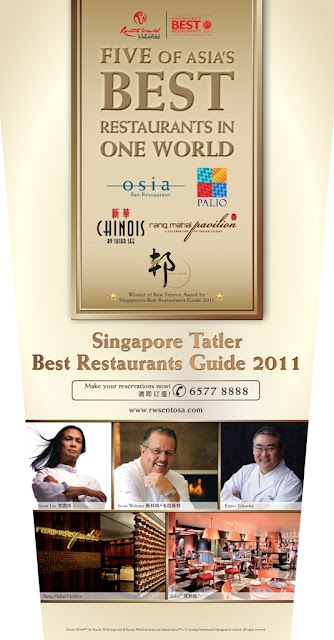 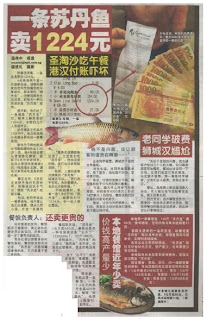 Looking back on the past year, it’s been an amazing roller coaster ride. How can we forget 2010 with all the headlines we made—the expensive Sultan fish at Feng Shui Inn which was given quite a royal treatment in the dailies for weeks; the elite price tag of a $750 tasting menu (when our four-Michelin starred chef Kunio Tokuoka’s namesake restaurant opened in May) which has since of course been trumped by other celebrity chef restaurants; the orgasmic hot Valrhona chocolate soup with black pepper ice cream at Australian celebrity chef Scott Webster’s restaurant Osia which guests have compared to being better than sex; and the enormous 21-inch pizzas at Loui’s NY Pizza Parlor at Universal Studios Singapore topping the chart as the biggest pizza to ever grace our shores.

With all that said, the best is yet to come. Legendary Chef of the Century Joël Robuchon will be arriving in Singapore to open his two restaurants, Joël Robuchon Restaurant and L’Atelier de Joël Robuchon early this year, and we cannot wait to dine in his restaurants to find out what makes this world’s most decorated chef with 26-Michelin stars so famous and revered.

Adding on to our list of first-of-its-kind attractions, Maritime Xperential Museum (MXM) is also on its way to completion and I hear we have fun F&B concepts in MXM. If you are not in the know, the MXM will take you back in time to one of the greatest eras in history: It is here that the tale of maritime adventurers, sea pirates, and the growth of sea trade between Asia, the Middle East and Europe is told. Follow historical figure Zheng He as he takes you through to the Maritime Silk Route.

Righto, without revealing too much, stay tuned to this space and better yet, come visit us to experience A Million Moments in One World!

Check out our website too for more on Osia and other dining options at the resort.